To separate the components of a mixture of sand, common salt and ammonium chloride. (Experiment – 03)?

Aim
To separate the components of a mixture of sand, common salt and ammonium chloride.

Theory
Sand, common salt, and ammonium chloride form a heterogeneous mixture. and can be separated easily by physical methods of separation. By selecting the right order of methods of separation, the three can be easily separated.
(i) ammonium chloride sublimes on heating.
(ii) Sand is insoluble in water.
(iii) Common salt can be separate by evaporation of its aqueous solution.

Step 5: This residue mixture is dissolved in water. Common salt is soluble in water but sand not.
Step 6: The sand is filtered from the mixture using a filter paper.
Step 7: Sand is separated as residue and the filtrate is salt solution in water.
Step 8: Filtrate (salt solution) is evaporated to evaporate the water an to get the dry sample of common salt.

Results and Discussion
Using methods of separation sequentially, ammonium chloride, sand and common salt have been separated from their mixture.

Precautions
Sublimation process should be caring out carefully.

To separate the components of a mixture of sand, common salt and ammonium chloride. (Experiment – 03)?

Experiment -01 To determine the pH of the given samples using pH paper or universal indicator. The samples whose pH has to be determining are-

Experiment -02 Demonstrate by experiment that carbon dioxide is releasing during the process of respiration.

Experiment -03 To study about (a) Binary Fission in amoeba and (b) Budding in yeast with the help of prepared slides.

Experiment -04 To study the dependence of potential difference (V) across a resistor on the current (I) passing through it and determine its resistance. Also, draw a graph between V and I

Experiment – 05 Performing and observing the actions of- 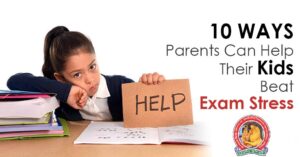